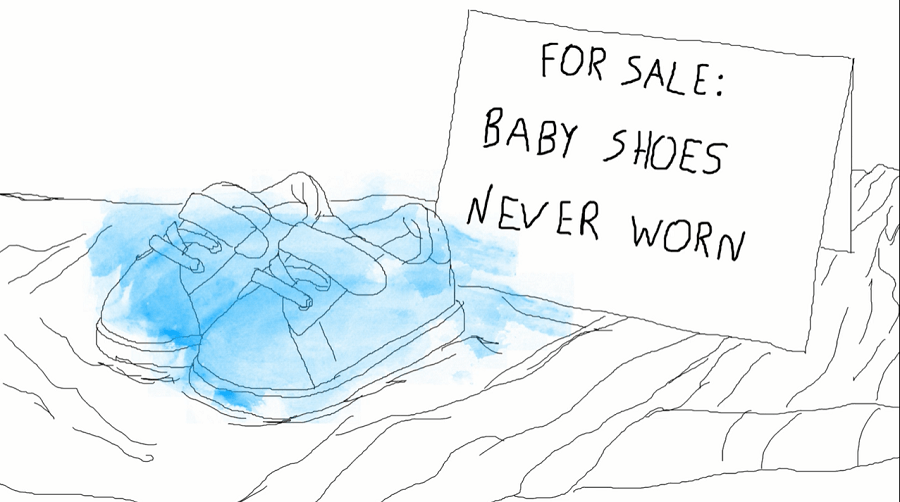 Between 1920 and 1930 the writer Ernest Hemingway was at a bar in Paris with other artists. When he claimed he could write a story in just six words, everyone in the company made fun of him. Then he made a money bet with them, that he could indeed write a story formed in three sections - beginning, middle and end - in just six words. So, he took a napkin and wrote: "For sale: baby shoes never worn". He definitely won the bet, since his story was complete. This short animation is based on the story that Hemingway wrote in that bar, bringing it to life. The technique of rotoscoping has been used in order to create the animation.

Dimitra was born and raised in Greece. She is studying audiovisual arts at the Department of Audio Visual Arts of the Ionian University, feeling more passionate for the documentary field. The choice of the ocean as a subject and inspiration for her work is due to her early engagement with nature and especially with water. She likes the stories that every person has to tell, positive or negative, emerged from their lives. Through the art of observing, those stories can be shared with others, in order to deeply understand humans. Observing nature and the creatures that live inside makes you experience the world from a different perspective and better understanding the part that humans play in it.